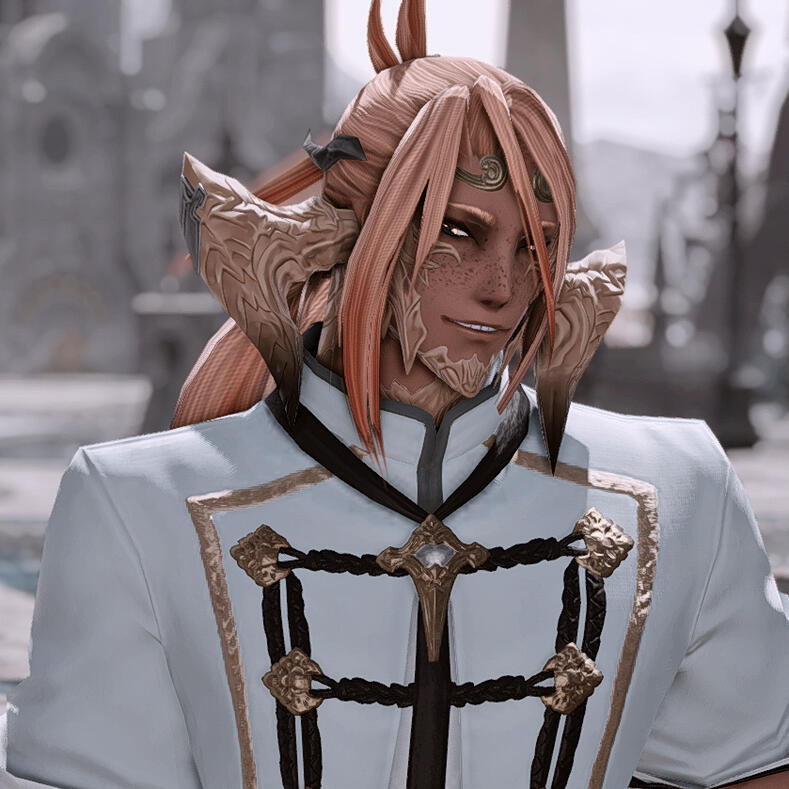 Retainer from the Steppe 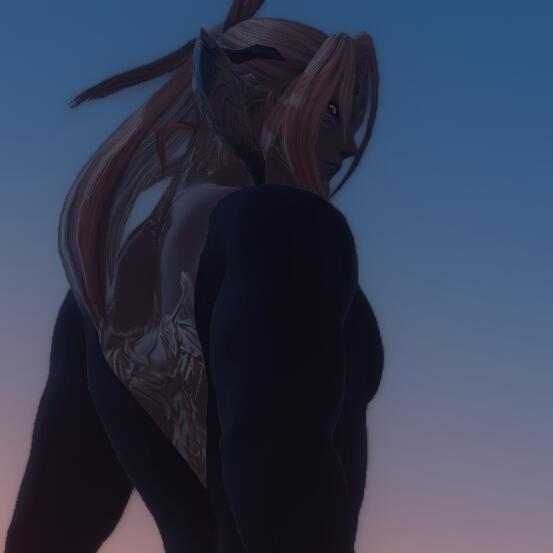 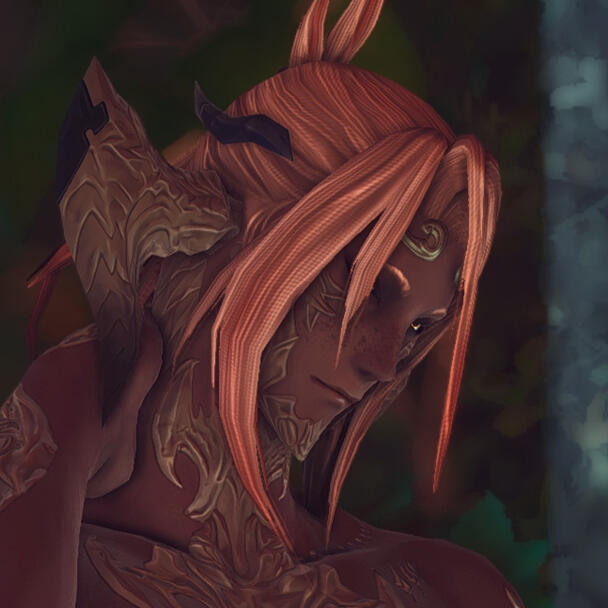 What is there to say about Hikaru? Much like his name implies, he's a bright and brave soul that makes his mark in the world. Be it taking on a plethora of missions for his master or fight his way back at the Steppe, he does what he can to be there and be his best. Challenging himself to hold high expectations, Hikaru doesn't let go of a task until he completes it to his standard. It might result in more time than the typical retainer, but that time's well spent. At least, to him.As a Raen from the Steppe, there’s all the more pressure to prove himself. This manifests in a stubborn streak and a competitive drive to be better, do better, and rise above the others. Not always is this lofty aspiration met, but when it is, does the man know brief peace.He does have a sense of humor, but it isn’t easily revealed. Manners are paramount as a retainer; certain moments do allow a brief glimpse of his snark. 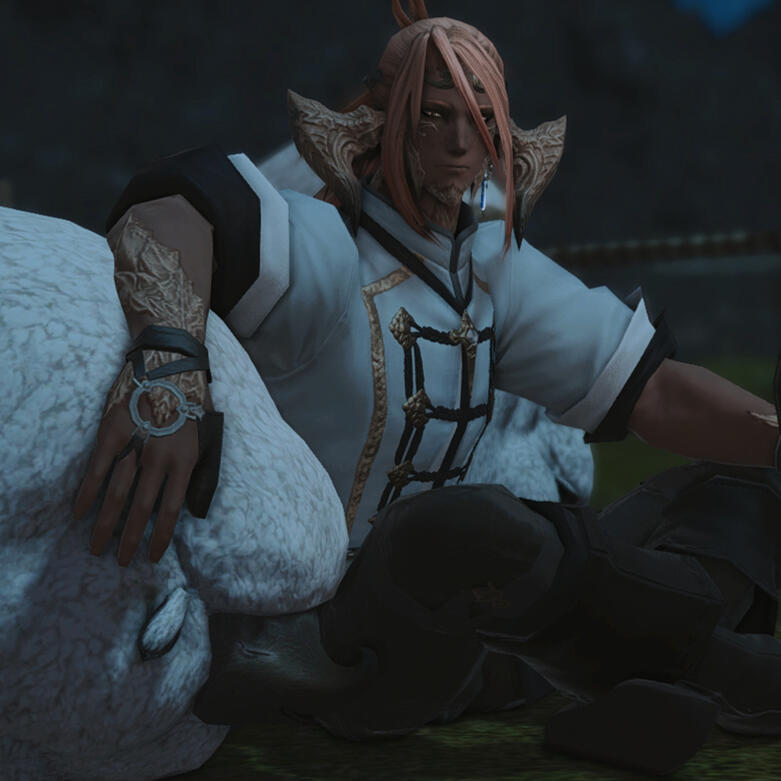 With the invasion twenty five years prior, Matsuo was all but a boy when it happened. He fled with his mother while father and sister succumbed to the Garleans, leaving the last of his family for the Steppe. Doma wasn’t their end goal nor was the sea; seeking the Azim Steppe, origin for the auri and a place revered for Azim Himself, was their guiding star in the Othard sky.Along the way, the pair were caught between two tribes and their fight. During the skirmish, his mother was killed despite his efforts to come and save her. Left orphaned and disinterested by the two tribes, Hikaru fended for himself in the harsh Steppe. His lonesome fate didn’t last long when a member of the Malaguld tribe found him and took him in. Thereafter did he participate and fight for his place in the tribe, until foreigners at the trading post and outskirts of the Steppe caught his attention.Promise for a better place, better treatment, at the cost of servitude. Who was he to say no? He enlisted under one’s name and joined them in Hingashi. There, he spent his time as a guard and adventurer-for-hire at his master’s whims.Masters and mistresses came and went in the time thereafter, with him passing between their lives like faded memories. Yet again on the hunt for another, the retainer's taken to hunts and courtesan work as a means to an end. His life is in limbo: who and what will it take to right it? 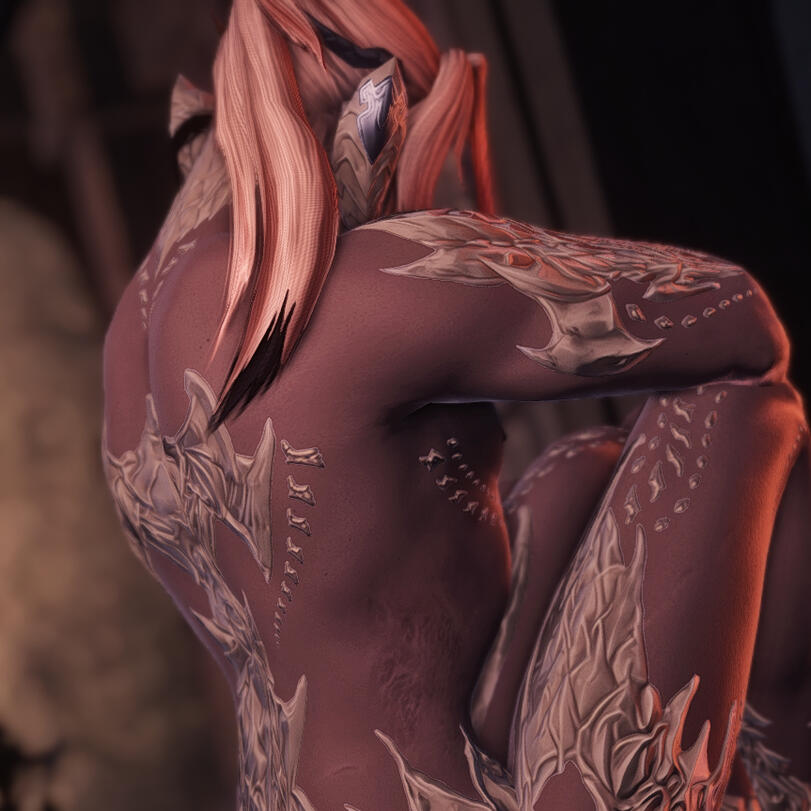 Many scars litter his body, as is expected of survivors and travelers alike, but with some differences. Hikaru has burned flesh along his right side, from the second-to-last rib down to his hip. When it gets too cold, the tissue acts up and leaves him aching.Another anomaly includes fine, even marks along his left bicep. Each one is old, perhaps given around his early teens. 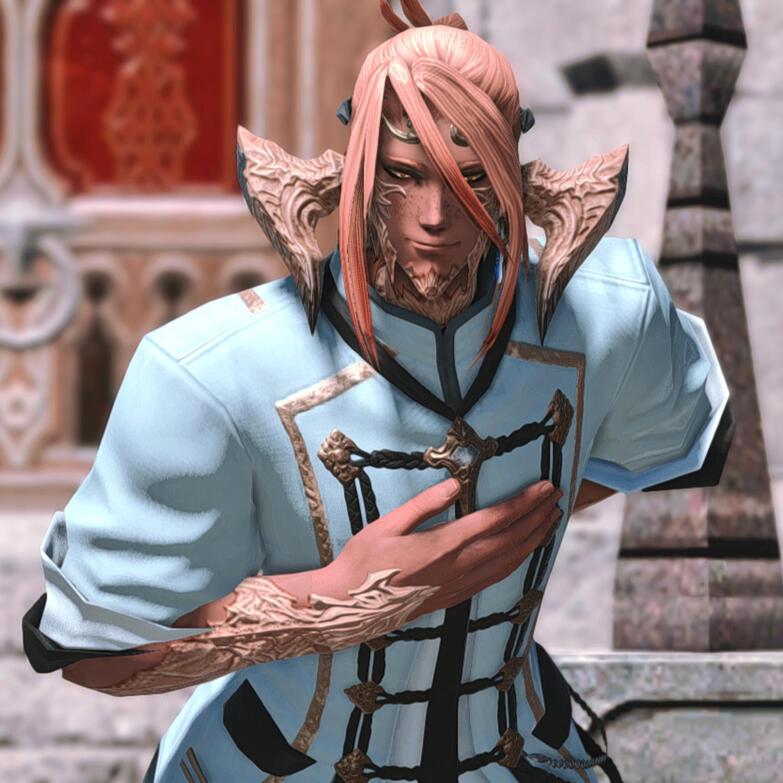 Hello! This is my Raen character, Hikaru. He’s on the Goblin world in the Crystal datacenter. I’m in the PST timezone and juggle both school/work, so I can’t guarantee I’ll be online everyday!If interested in writing, the best ways to approach include either in-game or through discord (nugget#2305)! 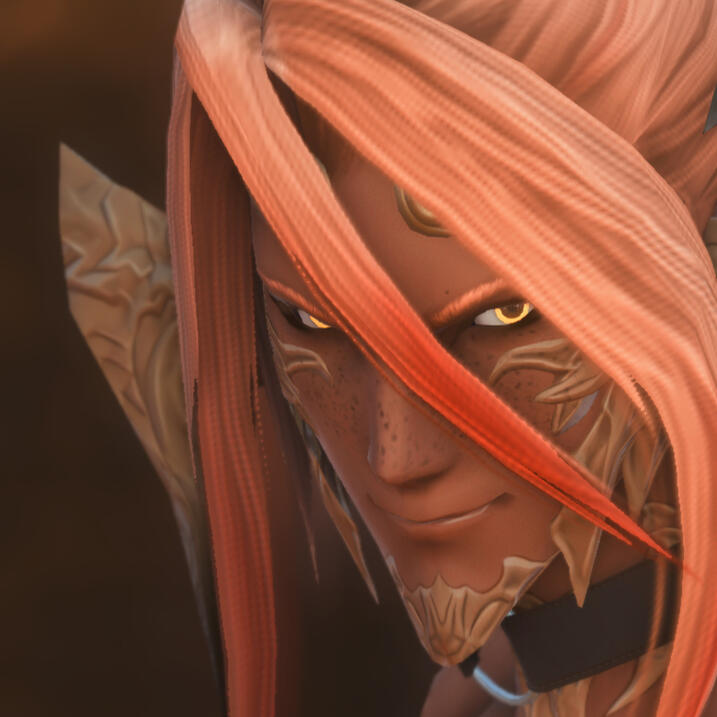 —Yes, Master/Mistress?
After being relinquished from his latest master, the raen is left to wander Hingashi in need of another to serve. Would he catch your eye, meet the needs desperate for fulfillment? Or would he remain a victim to the sea of faces, forced to carve his own hole in the port city?—From the eastern seas
Not everyday do people travel from the Far East to Eorzea of all places. Nor, for that matter, do raen make the trip as such. Hikaru might be in town with his master/mistress or following their good will. Whichever might be the case, he would certainly provide an interesting tale or a show for his latest blight.—Here there be wyrms
Ishgard is his latest stop, but not for good reason. Left to the cold nation after his master’s untimely passing, it was time for a new shift in his life: seek another person to pledge loyalty to, or assimilate to the city as more than a busybody? Chances are that the heal-adept warrior lingers by the hunt boards to make his living; maybe joining his challenge or watching it unfold will be in your favor.—Brothers of another scale
Hikaru's time in the Steppe has been challenging, due to his heritage and scales themselves. Maybe he's encountered your xaela during his time or visits back to the tribal grounds, befriending other tribal members or having since fought with them. On the other hand, he might have met your auri in other parts of the east or in Eorzea proper. Are they a healer as well, or a warrior through-and-through? Do they revere Azim as well, or prefer to hold Nhaama above all else?—not seeing something that works for you? No problem! DM me and we can work something out together!